The Magnet Told Me to Do It…

I have a magnet on my fridge that says:

“Do one thing a day that scares you”

Every morning, lost in the foggy morning haze, I stumble to the fridge for some milk. (Rice milk, to be exact, because I have to keep up with the LA trends…) Right before I open the door, I get this saying right smack in the middle of my face. I have had this magnet on the fridge in the same location since I moved into my current apartment, about a year and half. It stared at me, scoldingly, throughout the tail end of 2011, and by the time 2012 came around I decided I was going to listen to my magnet friend. I was going to make it my resolution to actually do one thing scary a day, and let my magnet remind of this every singe day. 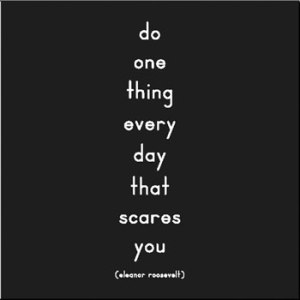 This is the pretty much what it looks like.

So I set off, vowing to hold this phrase in my head, and when I encountered something in my day that I thought was scary, I would tackle it head on instead of walking away. I only had to do it once a day, and the scary thing didn’t have to be that scary, I told myself, in the beginning. For example, one day I flushed the toilet without using a piece of toilet tissue (that’s me admitting I am a germaphobe). But as I got more and more involved in this little experiment, the scary things got worse and worse. And I’m not talking about skydiving. For me, skydiving would have been preferable to what I did. Which means, of course, this was my scary stuff.

I would rather be skydiving.

I wrote a lot of painful stories over the last year, and every single one of them came from something I created by doing what my magnet told me. 2012 was most likely the most painful year of my life. That’s saying a lot, but every painful experience of my life came back and burst open last year. So I got to feel the pain of them all, even if I had the experience earlier in my life.

I realized by the end of the year, I resented that magnet on my fridge every morning, and I intentionally tried to avoid eye contact. I didn’t want to hear him preaching to me anymore, he already got me in enough trouble. But deep down, he had already gotten to me, and I was able to take on my fears without him. I couldn’t stop. Even though I knew it would bring more pain, I kept facing scary things every day.

When I couldn’t find things in my daily life to face, I started bringing up old stuff again. I contacted a few exes and hashed through stuff, asked them what actually went wrong. I contacted the “big ex”, the one that I will probably never get over in all of my life and told him everything I felt. We had long conversations about everything, and we even met up for a very sexually charged yoga class and a few dinners before I was informed that he had moved on. Ouch… I almost gave up after that but my magnet told me the same thing the next day.

Next I hashed it out with a more recent, and almost as scary ex, and we even hooked up one last time before I finally realized he would gladly trade me for his obsession with work. I was destroyed again, but the next day my magnet looked at me again and I kept pushing on.

After that I took some bold leaps in the direction of being open and when I found a guy I liked, I told him I liked him, without thinking twice whether I could get hurt or not. That didn’t go so well, but I pushed on. My ego was becoming slightly scarred from all of these encounters with men, so I started to reflect. This pushed me into a few insightful fights with the last ex I was still in contact with at that point. He was the one of many years, that was like family to me. I thought I worked through everything with him already; we had gone around the block with fights, and then some, by that point and we were now friends. But I began to question why I was friends with him still. Why did I still need him? 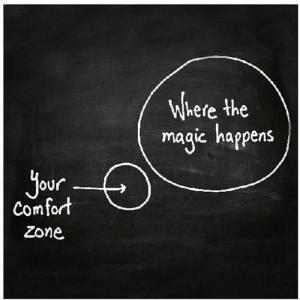 I was pondering this question one day when I decided to take a trip back home to visit my grandparents. i thought of a trip back home always comes with a confusion of thoughts. I miss my family but I can’t stand to see them. This time, my longing to see them conquered the other feelings and I booked a trip home. I called and told my grandparents this and they excitedly announced that my father would be in town for that week as well. My heart sank, and in a flash, I found the answer to my question. 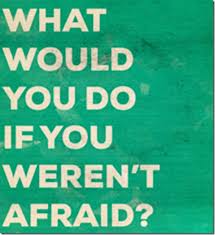 My father and I had been estranged for 7 or so years at this time. The issue was that we were too much alike, both of our egos were too big and we were stubborn to let the other one think we needed them. During this time I survived with a replacement father. Perverse as it sounds, it was my ex of 7 years. Now don’t get ahead of yourself and think that there was some twisted incestual relationship going on. He simply provided me the emotional support and encouragement my father should have, and he gave me someone to look up to. Great for replacing a father…not so great for establishing a romantic relationship.

Very, very long story short: I went home and I repaired my damaged relationship with my father. It wasn’t as simple as that, but I will save that story for another time. All of my training of doing one scary thing a day had led up to this moment, and I was well prepared to handle the challenge. That’ll do, Magnet, that’ll do…

Why? Because it was the cutest thing I’ve ever seen while searching for my other image. I am a sucker.

One thought on “The Magnet Told Me to Do It…”